The problem:
Wohoo, we have Windows 10! Or Windows 8, applies to both...
You can set up how much shadow storage is used, but the tasks to actually do the two shadow copys each day are never created.
And vssadmin.exe is simply missing "create", not nice from Microsoft.
But we can still create shadows from an administrative prompt using WMIC:
Example: 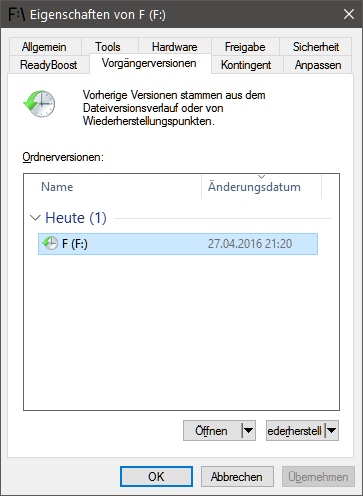 The NEXT step is: We need a Task doing the job regulary. Normally on Windows 7, Server 2008 and Server 2012 a task is created which does the job twice a day, at 7:00 hours and 12:00 hours, which actually makes sense.
But on Windows 10 Microsoft "forgot" those tasks? At least on the machines I have Windows 10 running on only the systemstate ends up being protected, but the rest of the C: drive is ignored.

You can manually create such a task, but I made it easier for you:
I offer those scripts, ready to be imported into the scheduler of Windows 10.

This is my recommended version, it is one task which does the job for multiple volumes. You may have to edit the .xml to list your drives.
ShadowCopy Task a multivolume example task C D E F G

This is simply both in one package.
ShadowCopy Tasks for Windows 10 all scripts

The fastest way to get them in is: Hit the Key-Combination Windows+R and enter taskschd.msc, then hit OK. 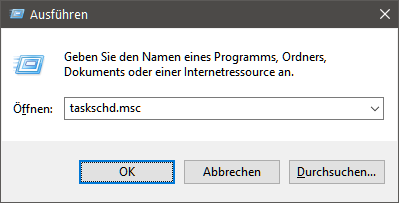 Hit OK on the administrative dialogue too.

On the following click on the left side on "Task Scheduler Library" (called "Aufgabenbibliothek" in German). 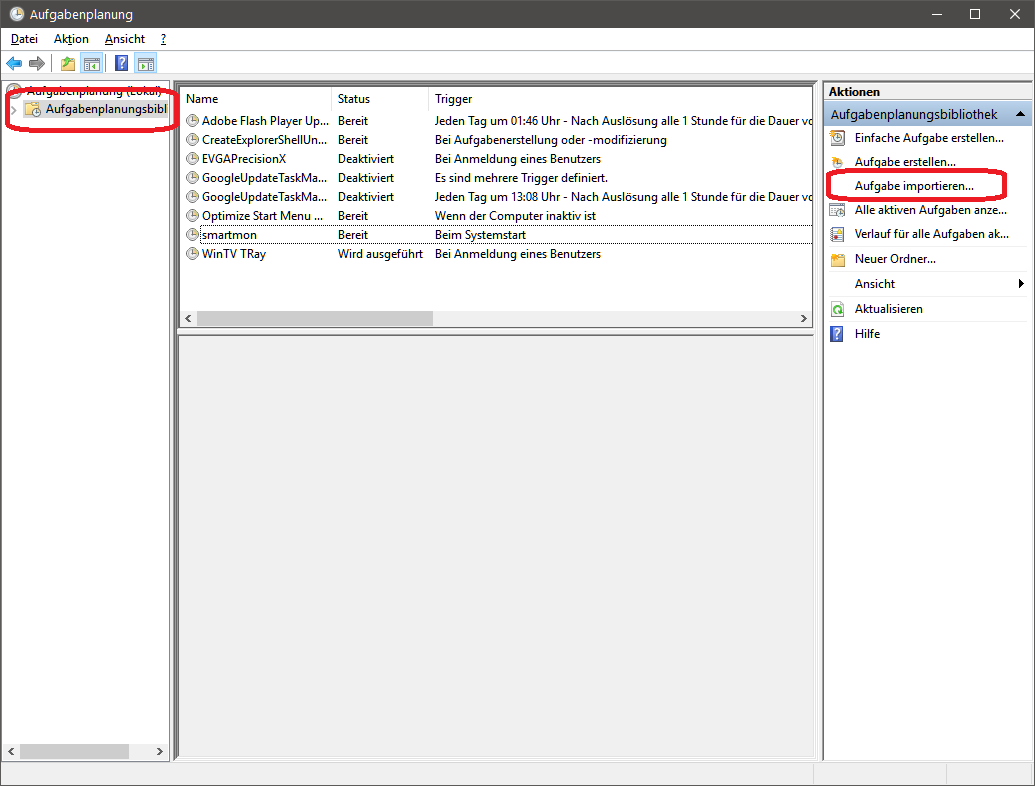 And then simply navigate to the .xml you want to import and double click it.
The result should look like here, on my machine: 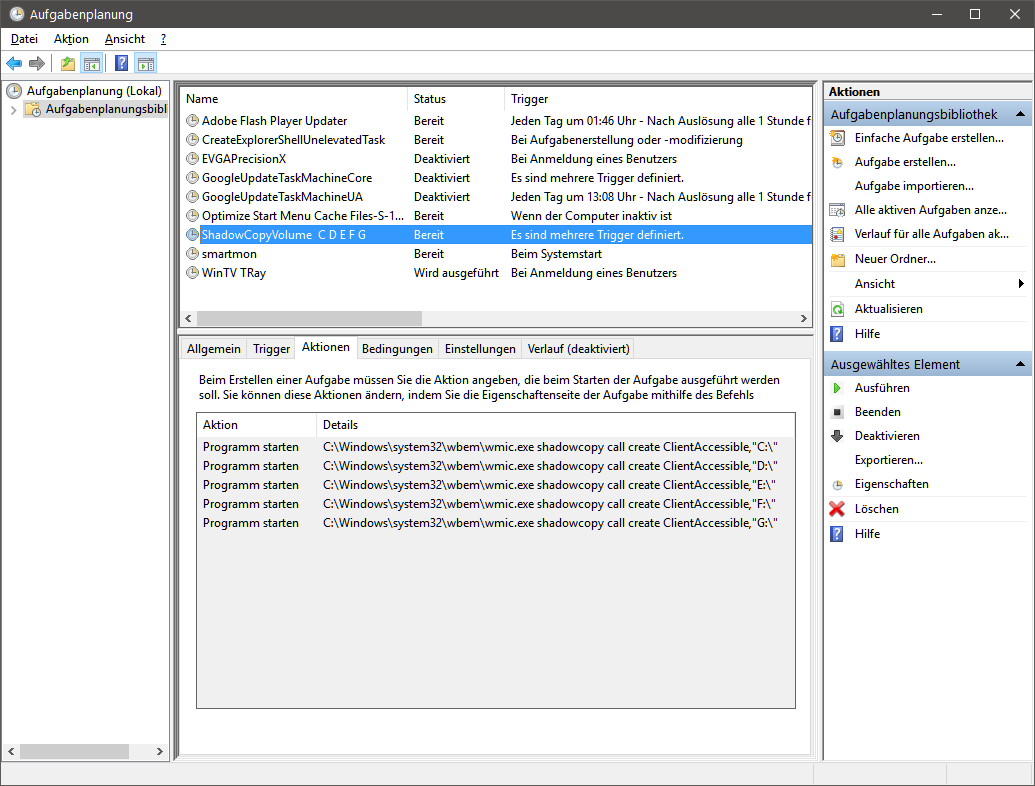 You should start the task one time, and check whether a shadowcopy is actually created.
Good luck!


Legal Stuff: This is a private homepage. All "TM" mentioned here belong to their owners and not me. Anyone offended contact me.